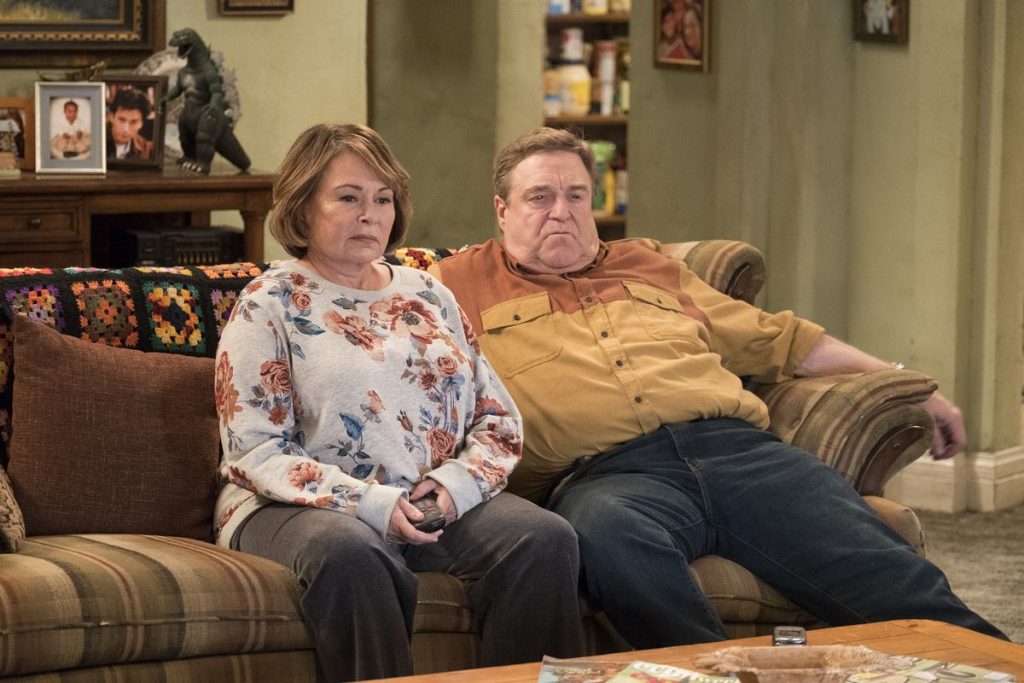 No television situation comedy is complete without the laugh track. That eruption of pre-recorded howls of approval that instruct the audience – even if that audience is an audience of one sitting at home in front of the television – how to react to what it has just seen.

Now we’ve seen how a bad joke works when there is no laugh track, after Roseanne Barr tweeted this inexplicable attack on Valarie Jarrett, the former aide to Barack Obama:

So for one news cycle, maybe two, a racist, xenophobic, conspiracy-consumed comedian nudges aside our racist, bigoted, megalomaniac president. A man whose glide path is eased by a different, but equally insidious, laugh track.

We’ve been watching the normalization of Trump for a couple of years now. First during his presidential campaign, and now through the 15 months of his presidency. From the outset, we knew what Trump was: A liar, a con man and a coward with no ethics. Yet in America, a country divided, there is a built-in audience for his Make America Great Again charade. A minority that struts like a majority, because it has a stamp of approval from the White House.

Roseanne Barr is done, her show cancelled. Her apologies are hollow. Last night, her barrage of tweets included retweets of Jarrett pictured side by side with an ape. Now the question being asked is: Given her history of irresponsible public comments, how did ABC even give Barr a public platform? An entertainment soapbox that quickly became the network’s top-rated show, one that even drew the praise of Trump, who said at one of his conservative-packed rallies that Roseanne was “about us.”

As always, Trump was lying. The “us” he was talking about is the blue-collar family portrayed in Roseanne. The “us” he was talking to is the blue-collar crowd that helped, along with the Russians, to get him elected. But Trump is not blue collar. He is a born-rich man with a dangerously overblown sense of entitlement, driven by impulses that can only be described as greed and immaturity.

For a couple of years now, at least, we’ve watched as the media gave Trump the benefit of what should have been obvious doubt. We kept hearing references to perhaps this Trump comment or that Trump photo op was a “pivot” to a more-presidential Trump. I experienced that myself in the outfit that once employed me, as stories and quotes from musicians and artists criticizing Trump were killed. One lower-level editor explained it to me: Those stories and quotes were killed because a higher-up editor “didn’t want to have that conversation.”

It is clear now, there will be no pivot. We are stuck with what we knew we were getting all along. Language and thoughts that had been hidden are now openly expressed. It is the new, shameful norm, endorsed by Trump.

And like it or not, now we’re forced to have that conversation.

Realizing that her career was in jeopardy, Barr apologized for her “bad joke.”

But in the wide world of comedy writing, where is the joke in that tweet?

Barr was expecting to hear the canned laughter. But now, at least by a majority of Americans who can distinguish right from wrong, she will be greeted by silence.

“This is America,” something we can all agree on