An idea of what a man is, for the 21st Century 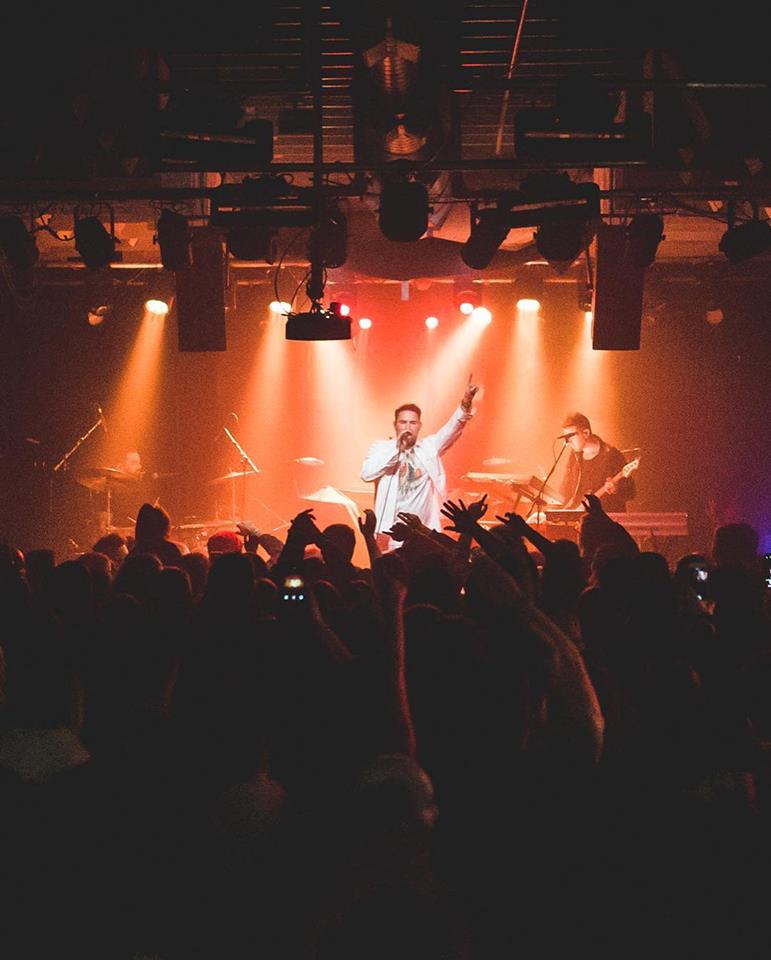 I wrote this interview with morgxn for Record Archive, where the pop star performs and has a meet-and-greet at 3 p.m. Wednesday.

The sound was in morgxn’s head: A modern mix of pop and electronics. But no one else in his hometown seemed to be hearing it.

“Growing up in Nashville, to me, was like the genre didn’t exist,” he says. “When I was growing up, there was nothing except country music, and I knew that wasn’t me. Personally speaking, Nashville was a hard place to be an outsider.

Morgxn – pronounce it just like “morgan” – sold everything he owned, except for what fit in a suitcase, and moved to Los Angeles. Where he found the right ears. Hollywood Records, a label that loves that edgy mix of pop, rock and circuitry; Rochester’s Joywave is also signed to Hollywood, offering a similar sonic sensibility.

Last year Hollywood released morgxn’s major-label debut, Vital. It is the outsider sound that he was hearing. Alternative pop, backing his sweet soul voice. And Vital carries powerful messages for people like him, who feel treated as outsiders. People who identify along the diverse spectrum of LGBTQ. Morgxn brings that message to Rochester Wednesday, with a 3 p.m. performance and meet-and-greet in the eclectic Backroom Lounge at Record Archive.

That move to LA was eight years ago. And at first, it seemed to be working almost magically. Within days, he’d scored a random invite to a music-industry party at The Village, the studio where Bob Dylan recorded Planet Waves and Frank Zappa made Joe’s Garage. “I was there with someone from Nashville, completely fresh to LA,” morgxn says. “And this woman said to me, ‘Do you want to meet Stevie Nicks? Turn around, she’s right here.’ And Stevie Nicks was six inches away from me.”

But soon, six inches became miles. Morgxn was writing songs and performing, then booking one-way plane flights to another city, in search of that elusive opening. Working day jobs to survive. Teaching piano and voice in LA, selling real estate in New York City, showing off apartments he could never afford.

“Having a dream sometimes feels impossible until it’s happening,” morgxn says. “I was about to give up and go home, back to Nashville, and I was going to what I told myself would be my final job interview in LA, at a coffee shop down the street from my apartment. And I was thinking to myself: What if people come in and see me there? I’m not doing music, I’m here.

“I walked back to my apartment, and in my mailbox, from when I had sung over a DJ, was a check from that performance. It was enough of a nod from the universe to keep going.”

Morgxn’s confidence had been tested. “There were many times when the idea of how to keep going felt insurmountable,” he says. But his perseverance paid off in 2016 when he began releasing singles on his Wxnderlost label: “Love You with the Lights On,” a cover of Duran Duran’s “Notorious” and the rocker “Home.” Joywave jumped on board with a remix of “Home,” helping to boost morgxn to over 4 million online streams. In October of last year, morgxn was joined on Jimmy Kimmel Live by EDM-fueled rockers Walk the Moon for yet another a version of “Home.” There, morgxn wore a T-shirt emblazoned with “The Kids Are Not Alright,” which ties in with his work with Covenant House, which “takes youths off the street, and gives them the tools to get back on their feet,” he says. “A lot of them are LGBTQ identified, and a lot of them have been kicked out of their home because of that.”

Finally, the unreal feeling of being introduced to Stevie Nicks at a music-industry party, and her actually taking the time to talk to this kid, was becoming reality.

“She probably wanted to find any excuse to get away from the execs,” morgxn says. “We were sitting next to each other on a love seat, and she imparted her mentality about LA. Without really trying to, I took that to heart.”

Here’s what he’s taken to heart: Personal authenticity. And he found that reinforced by another Rochester connection. Teddy Geiger. The Rochester-raised, one-time teen heartthrob is now writing songs for One Direction, Maroon 5 and Shawn Mendes, and late in 2017 announced she was coming out as a transgender woman.

“We met at a few parties,” morgxn says of Geiger. “And after she was coming out, it was important for me to give her whatever space she needed. But I did I reach out and tell her, ‘I’m still inspired by you and the message you’re bringing the world.’”

As for his own identity, morgxn pauses for only a half-second before declaring: “Human.” The songs of Vital, morgxn says, are him sharing his own life. “It is me,” he says.

“I think what was so hard for me, is the rejection of who you are. Growing up in the South, being rejected for just being yourself, being rejected for who you love, it’s honestly crushing. That’s where ‘translucent’ and ‘Carry the Weight’ connected for me. One is being crushed by something, the other is crushing the oppressor.

“Sometimes people need connections. The conversation about gender and sexuality is not one that can be argued on a senate floor. They are conversations between neighbors.”

And they are conversations between generations.

“Part of world is healing and speaking up about what is real for me and what is real for you,” morgxn says. “I was just in Wisconsin for a show, and that was the first time I talked about how my dad had passed in the middle of making this record. It changed my life completely, and changed the way I make music. This sounds so naive, but I didn’t know how much I would have to talk about my dad. I thought it would be too much for people. But after that show, a woman came up to me and said, ‘I just want to thank you.’”

Translucent. The word is defined by Mirriam-Webster as meaning “permitting the passage of light.” And, “free from disguise or falseness.” The video for “translucent” opens with morgxn auditioning for an acting role. But he’s quickly rejected when he can’t muster the kind of authoritative masculinity that he’s being asked to put into the character.

Light. Truth. “We had a complicated relationship, for sure,” morgxn says of his father. “He grew up in a time where men were supposed to be a certain way. But from the moment I was born, I was different. I came out different, and everything I did was different.

“I think he struggled himself to be able to be the kind of man he wanted to be, he just grew up in a different time. But now, there are no rules to being a man. If he were alive now, he would see how the world is changing. We are the ones changing the world.” 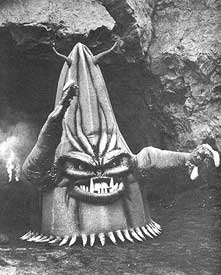 Help. I found a photo of this monster on the internet and would really like to know what movie it’s from, so I can add it to my coronavirus home-sequester viewing list. 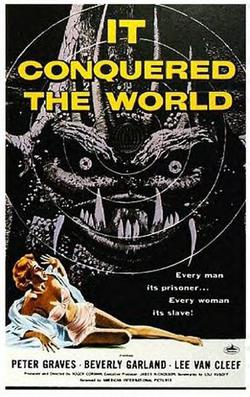 Solved! It took Stan Merrell only a half hour to identify the monster, from the 1956 film It Conquered the World. Starring Peter Graves and Lee Van Cleef. Stan wins… nothing.

Can Trump postpone the November election to save his ass, using coronavirus as an excuse? No, the Democratic House would have to approve that.

De-cluttering guru Marie Kondo. “It is a challenging and uncertain time, but it may also be an opportunity to express gratitude for your space and to tidy up if you’ve been want.”