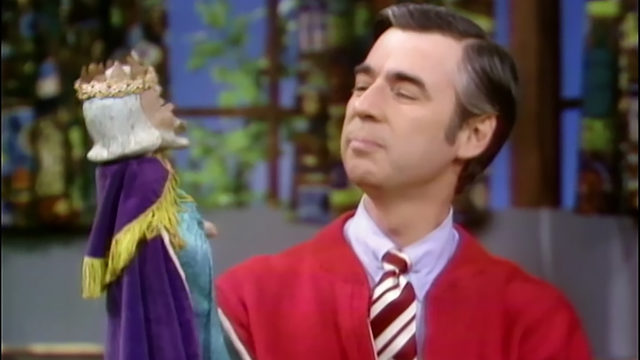 Will I see a film this year that’s more relevant to these frustrating, clock-spinning backward days than Won’t You Be My Neighbor?

For many people, it would be easy to get lost in sentimentality while watching this beautiful and inspiring documentary about Fred Rogers, the amiable host of the children’s show, Mister Rogers’ Neighborhood. Perhaps you grew up with it. Or raised your kids in that neighborhood.

I was 10 years old when Mister Rogers’ Neighborhood first aired in 1968. I had aged out of its demographic. By then I was watching Get Smart, The Mod Squad and even one of the most-brilliant, bravest shows to ever air on network television, The Prisoner. Yet as a cultural icon, Fred Rogers was inescapable, and many people took advantage of it. So my familiarity with Rogers came through the lens of other people. Saturday Night Live and Eddie Murphy in “Mr. Robinson’s Neighborhood,” and its hint of citizens who would cheerfully remove the tires from your car if you left it unattended.

But after seeing Won’t You Be My Neighbor? on Sunday afternoon, I see that Mister Rogers’ Neighborhood, like The Prisoner, was also brilliant and brave.

The film shows us Rogers’ first days of working in television. He hated it. Rogers saw that the people producing the shows didn’t know what to do with the new medium. The technology was racing far ahead of the people using it. That’s how it always is; Over the last few years, I witnessed print media wrestling with digital concepts that they pretended to understand, but didn’t. Inevitably, they set the bar low, eyes on the stupidest common denominator. Rogers saw so much potential in television, wasted on clowns getting hit in the face with pies. Why didn’t it treat children, and adults, with dignity? Television, he thought, could be an important learning tool.

And he demonstrated that with the very first visit to Mister Rogers’ Neighborhood. Remember, 1968 was an astonishingly tumultuous year in this country. And here was a kid’s TV show, in its first week on the air, taking on the Vietnam War. Gently reminding children that what was happening in Vietnam was not … neighborly. Won’t You Be My Neighbor? even shows us a moment that first week when the puppets in King Friday XVIII’s castle lament the construction of a wall. You could hear a slight murmur of recognition in the darkened Little Theatre at that, an acknowledgement of the relevance today of building a wall.

The film shows us that Mister Roger’s Neighborhood continued to take on difficult subjects throughout its run. A puppet helps explain the meaning of assassination following the murder of Robert Kennedy. Rogers, in his comforting voice following the explosion of the space shuttle Challenger, with a schoolteacher aboard, reminds us how sometimes tragedy and sadness is inevitable as we move forward. And we mustn’t be afraid to express our emotions about things that frighten us.

Rogers talked about race as well. Back-and-white film of a white man pouring chemicals into a swimming pool to discourage black swimmers is followed by a scene in which Rogers is cooling his feet in his tiny wading pool. Officer Clemmons, one of the recurring characters in the Neighborhood, shows up. Rogers asks Clemmons if he’d like to cool his feet in the pool, and there you have it: A black man and a white man, repudiating the racists. In a scene reminiscent of a Bible lesson, Jesus washing the feet of his disciples, Rogers even towels off Clemmons’ feet.

We see Rogers in the Senate calmly, yet with an urgent edge we never hear when he’s in his own neighborhood, explaining the importance of funding PBS. And he wins over his snarky interlocutor, the chairman of the Subcommittee on Communications, Senator John Pastore. We see Rogers flashing anger as he dresses down those who are abusing the vast influence of television. Rogers was a Republican, yet it’s so clear what he would have thought of the current president’s policy of separating immigrant children from their parents at the border.

It has not gone unnoticed by many people, how different the worlds of Fred Rogers and Donald Trump are.

How could anyone doubt Rogers’ message of respect? Yet doubters there were. Won’t You Be My Neighbor? takes a moment to show a few newspaper columns by conservative writers, and a Fox News host, his voice spiraling upward in outrage, castigating Rogers for his belief that everyone is special. No, the conservatives howl, everyone is not special. You must earn special.

Rogers levels his critics. Treating others with dignity isn’t a reward to be handed out, like a biscuit for a good dog. “Let’s make goodness attractive, in this so-called new millennium,” he says.

There were many people weeping in the theater during Won’t You Be My Neighbor?, and afterward as the lights went up. Was it a sentimental trip down memory lane? Perhaps for some. But mostly, in the pure light cast by Fred Rogers, and his belief in the goodness of humanity, we’re all left to wonder: Why are we living today in such shadows? 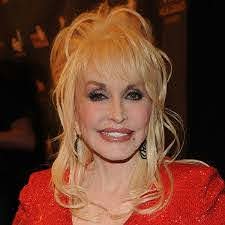