If it were up to us 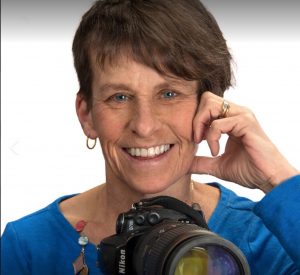 Monday evening at The Little Café, a handful of the regulars were sitting at the usual table, passing around a copy of a letter to the editor that had appeared that morning in The Finger Lakes Times. I watched as people read it, silently nodding in approval.

The writer’s name was familiar to this group. Jan is not an uncommon name. Among Norwegian fisherman, even. More telling, she’s a Regan. That makes her sister of two other Regans in the room, Kerry and Scott, members of the band playing that night, Watkins & the Rapiers. Music enthusiasts in this town also know Scott as the host of Open Tunings, the smart morning music show on WRUR-FM (88.5).

Some of us have even met her in the past, maybe at a Finger Lakes winery. Jan Regan, a photographer, has been involved in music, for a while booking shows at Geneva’s Smith Opera. Monday night at The Little, she stepped into the gun-control debate. And nailed the issue perfectly. So damn logical, I expect gun advocates’ heads will explode when they read it.

I asked Jan for permission to reprint her letter:

Singer-Songwriter Cheryl Wheeler wrote a song, “If It Were Up to Me,” in 1997 that speculates causes behind the horrific gun violence in the United States with an endless litany of societal ills: Maybe it’s video games, abuse, the internet, parents, schools, politics, and so on. Her last thought: “But if it were up to me, I’d take away the guns.”

I am with her. Not that I would venture into the dangerous territory of suggesting we ban ALL guns, but certainly the ones that appear again and again as “the weapon of choice” in so many recent mass shootings.

In many ways, Marc Thomas’s editorial “Clear Thinking Needed in Gun Debate” (March 4, 2018) makes exactly this case. He bemoans universal background checks as ineffective as so many mass shooters seem to acquire guns legally. He cites the “see something, say something” mantra as not enough (suggesting the somewhat scary notion that citizens “do something about it” on their own rather than wait out authorities). He notes the ineptitude of agencies to act on tips provided to them in the recent Parkland, Florida shootings, and the shocking reality of a professional armed guard hired to protect a school who simply didn’t act.

Exactly. These often-suggested measures to protect public spaces – background checks, reporting suspicious behavior, and placing “good guys with guns” in vulnerable places – can be important measures, but will always face human error.  A person suffering mental issues can fool everyone, and have no problems passing background checks. A parent or friend might think it impossible that this person they know, even if troubled, could actually shoot an innocent human being. An overwhelmed worker could mistakenly judge one of his or her many cases as non-credible. And if all of these checks fail, and a shooting does occur, armed personnel could, for whatever reason, be completely in the wrong place and have no impact in stopping the perpetrator.

One sure way to keep guns out of the hands of those who will use them to do evil is to eliminate the guns. At least to eliminate the ones that cause the most harm the fastest, with no other apparent purpose but to do just that.