Life in the gates of hell 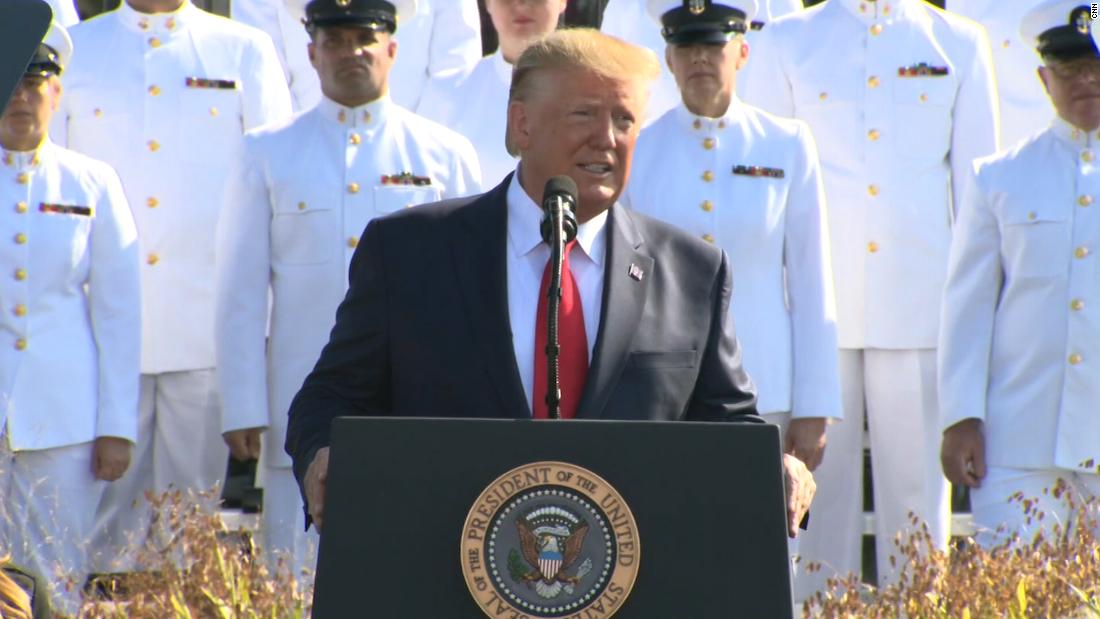 I am watching President Trump on television this morning, delivering a speech at a ceremony in remembrance of 9/11.

The terror attacks that 18 years ago changed our lives. But not in ways that make any sense.

I’m watching Trump, and I’m aghast. He’s telling stories of the heroes who died on that day. And there were many heroes. September 11, 2001, was a day when Americans – who likely never imagined they would find themselves in the midst of such a tragedy – stepped up and did what had to be done.

But strewn throughout this tribute, filled with florid language about heroes who “tore through the gates of hell,” were words that revealed how far we’ve strayed from truth, and reality.

As always, Trump used the moment to talk about himself. Where he was when the first plane hit the Twin Towers. Not surprisingly, he was watching television. And he said something about how he got involved in the rescue efforts, which I guess is a reference to his radio interview that day where he claimed that, with the Twin Towers gone, he now owned the tallest building in New York City.

A lie, of course.

Trump’s words today, this day of remembrance, should have been inspiring. Instead they felt empty, coming from such a self-absorbed grifter using heroes as props for his faltering presidency.

His mood darted from somber to bellicose. He did not reflect on how we should work for peace. He only promised more war. Anyone who threatens the American way of life, he said, will face retaliation beyond the imagination, something more devastating than a nuclear bomb.

What could that be?

Trump repeated his claims that immigration is a threat to America. He spoke of his much-criticized invitation to the Taliban to come to Camp David for peace talks, and once again claimed he’d rescinded the offer because they had killed an American soldier days earlier. As if this was some kind of new and outrageous Taliban strategy, as if American soldiers haven’t been dying for 18 years in Afghanistan.

Trump’s response this morning to the death of an American soldier, and the cancellation of his invitation to the Taliban leaders was, “The last four days we hit our enemy harder than we have ever hit them before.”

Eighteen years after 9/11, we’ve learned nothing. A lying, mentally-ill leader is flailing away at immigrants who are not our enemy, but are innocent people fleeing war and poverty. He wanted to host terrorists at Camp David, just days before the anniversary of 9/11, but refuses to face the home-grown terrorists who are shooting people at country-music concerts and garlic festivals.

We are overwhelmed by new scandals every day.

I turned off the television. This is not reality. We’re not living with the truth.