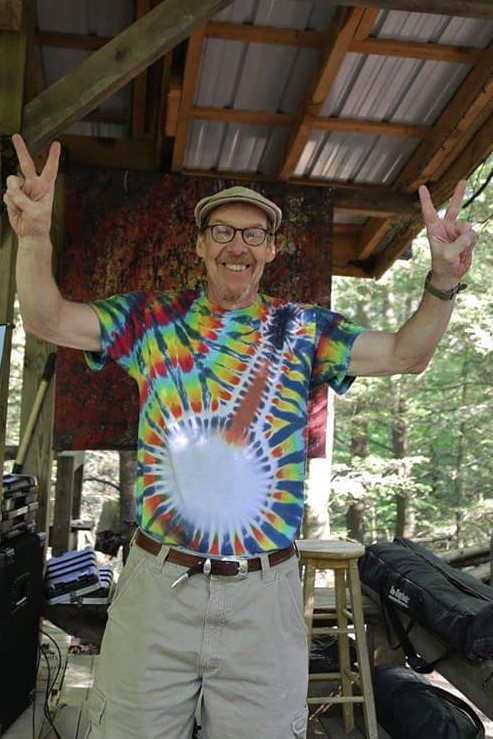 I wrote this piece for the wxxi.org web site earlier this week. I’m re-posting it here so maybe a few more people will read about this remarkable guy, Joe Dady.

Social media offered hopeful hints about Joe Dady’s condition over the last few days. Well-meaning friends, reporting that stem-cell donations from Joe’s brother John might be holding off the rare form of leukemia Joe had been diagnosed with in October.

Perhaps we all just wanted to believe it was so.

Joe Dady’s death on Saturday arrived as a shockwave to the Rochester music community. Disbelief. On social media, there is no gently breaking such news. It hits like someone throwing open a door, shouting into the room, then moving on to the next room. It is a vulgar way to discover you have lost a friend. But that is how it is done now.

Dady’s death is devastating to his family. And it has left this city reeling as well. The likeable fiddler was one half of what has been a music institution here for decades, The Dady Brothers. Rochester natives who estimated they had played 7,000 shows over some 45 years.

Few of us do mortality well. In the last six months, I’ve had more than a half-dozen friends and acquaintances face serious health issues. Some have fought for their lives, and won. Some have lost the battle. Some – the Rochester music icon Bat McGrath – have accepted the inevitable.

Dady was 61 years old. As am I. It cannot help but make you think.

Dady’s friends filled social media with beautiful words and photographs all through the day Sunday. I had to stop looking at Facebook. It was too painful. Perhaps I will try again in a few days.

He was married for a short while, had no children, had beaten a few demons, and danced around a life-threatening burst aorta in 2005. Music was the consistency. Dady’s song “My Conesus Cabin Home” was inspired by his log house on Conesus Lake, where many local musician made pilgrimages in the hope of unlocking the muse.

While I did not know him well, I liked him, and I hoped he liked me.

Actually, Dady seemed to like everyone. He was a good soul. Most people who knew Joe Dady have stories. Facebook was exploding with them on Sunday. Here’s mine. It was eight or 10 years ago at the annual Bob Dylan Birthday Party. I was caterwauling my way through “Masters of War” when I heard the crowd roar. Damn, I thought, this is going over pretty well. I glanced behind me at the band. Joe had jumped onstage with his fiddle and was playing along.

So yes, he played fiddle. And guitar, banjo, tin whistle, harmonica and uilleann pipes. He sang as well. The music was sometimes Irish, but more so folk. The Dadys released 11 albums, and appeared on many recordings by local musicians, as well as a compilation album of musicians collaborating with Pete Seeger.

Like Seeger, Joe Dady was a man of peace, justice and occasional bouts of social activism. As the 2016 presidential election neared, The Dadys joined forces with a former Democrat and Chronicle reporter, and now a folk singer himself, Jack Jones, to write a satirical political song based on Bob Dylan’s “Mr. Tambourine Man.” Their piece used actual sexist, racist and xenophobic words of then-Republican nominee for president Donald Trump, and was turned into a video by the studio of Rochester animator Fred Armstrong. While I did write a story about “Mr. Tangerine Man,” the Democrat and Chronicle declined to run it, out of fear it would upset Trump supporters.

But that was simply a moment in their long careers. The Dadys ran open-mic nights in Rochester for years. The hope here is that, when he is ready, John Dady continues to play. Because that is what Dadys do.

It now seems appropriate that The Dadys take their place in the Rochester Music Hall of Fame next year. If so, that will likely be the emotional core of the event, and perhaps the moment when this celebration of our music scene turns less on musicians who were simply born here, and more toward the bands and musicians we see year in and year out.

This is pointing no finger at the Rochester Hall, because none of us sees the future. But it is a reminder for all of us, as we watch as one year slides by and then next is upon us, that such a well-deserved honor will be one year too late for Joe Dady.