Persisting in a world of ‘thought-terminating clichés’ 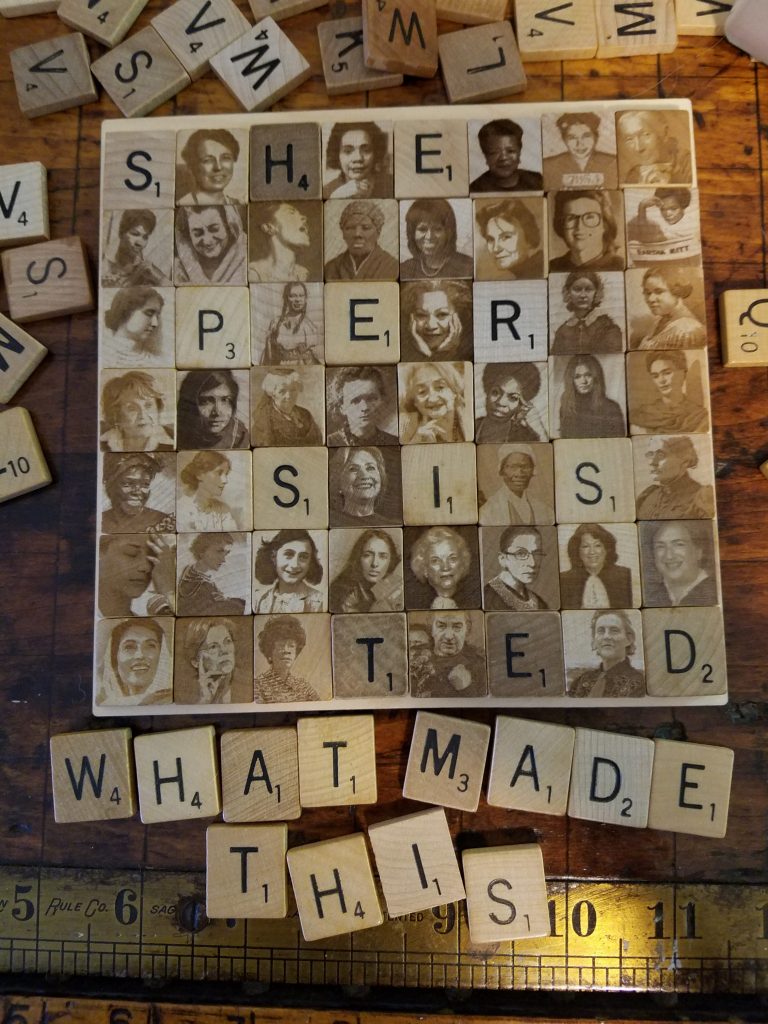 Who makes art? And who has the right to make art?

The Rochester Contemporary Art Center’s 6×6 exhibition is a fascinating success story for the gallery. An invitation is extended to everyone to contribute an original piece of art, six inches by six inches square. The tiny works go up on the gallery walls, each on sale for $20, benefitting the gallery. Thousands of pieces, some from other countries, some from professional artists. But most of the art is from Rochester, ranging from professionals to enthusiastic amateurs.

Sarah Long Hendershot is one of the finest singers in the city, her voice is sweet, restrained. Her band, The Jane Mutiny, frequently plays The Little Café. She knows how to tell a story; she’s shared autobiographical pieces on podcasts.

She also owns a 3D laser printer. A tabletop-sized unit that scans and prints images. For this year’s RoCo 6×6, which ran from June into mid-July at the East Avenue gallery, Hendershot combined her artistic eye, storytelling skills and the precision of her laser printer to create a 6×6 out of Scrabble tiles emblazoned with the images of women throughout history who Hendershot considers to be heroes. And with other tiles spelling out: SHE PERSISTED.

The faces of 44 women are on the piece. Here they are: 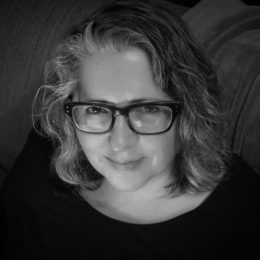 Most of those names you should recognize. Eleanor Roosevelt. Billie Holiday. Some you might have to look up. Temple Grandin is an authority on animal science who used her own struggles with autism to advance understanding of the condition. Emma Gonzalez emerged as a marvelous “Never Again” spokesperson after 17 of her fellow students were killed and 17 more wounded in the Marjory Stoneman Douglas High School shootings earlier this year in Parkland, Florida.

Glowforge, the company that manufactures the laser printer, was so impressed with the piece that it contacted Hendershot, asking if it could use it for on-line adverting. Hendershot said go right ahead.

Here’s sampling of their words. The language will sound familiar:

Michelle Obama’s accomplishments consist of marrying a man that became President. Not complaining about a piece of wood, but the silly choice of the “human” that made this ugly as hell display. Try working less on your passive aggressive horseshit and try using your brain for yourself next time.

Did a man design and engrave that? Just curious. At least the tech and hardware used to do the engraving, anyway. I tire of seeing feminists trying to take so much credit for nothing. Baseless pride. Ego. Reeks of desperation for validation, and naturally, insecurities. And perhaps a little self-loathing for the fact that women are different from men, but are raised in a libtarded world where they are told they are and have to be equal. I mean, the cognitive dissonance must be outrageous. Its no wonder the vitriol, if you think about. Im just disappointed in women. For wanting credit without merit and without a realistic appreciation for what mens contributions are. Arts and crafts, how totally stereotypically female… and to use modern man-made tech to do it! The irony is painful. But nice work on the art, anyway.

Some one that knows nothing. About these women. Who are totally backwards.

Anne Frank didn’t persist either, she was hunted down like a dog and killed by leftist Nazis, go figure.

They demanded: Where is Nancy Reagan?

We all have a right to not patronize businesses whose political or business practices are something we find disagreeable. I have a hefty personal list of such companies that will not get my money, including Chick-fil-A, Hobby Lobby, Walmart and virtually all of the corporate pizza manufacturers. At the other end of the argument, there are a few companies that display such a principled and humanistic world view, I can’t help but patronize them. A week after Donald Trump was elected president, Bill Penzey, the founder and CEO of Penzeys Spices, sent an email to a few thousand of his customers. “The open embrace of racism by the Republican Party in this election is now unleashing a wave of ugliness unseen in this country for decades,” he wrote. Penzey’s sentiment had nothing to do with selling jerk seasonings. Although it may have helped, he says, noting an uptick in sales. And Penzey continues to post essays condemning the Trump administration’s policies.

I continue to buy Penzeys Spices. I am a satisfied customer. I recommend the Northwoods spice blend.

Business and art are strange bedfellows. Despite the often-disparate political viewpoints, it is a relationship that can pay off for both, in that business needs art to humanize itself and attract customers, and art can always use a good corporate sponsor.

But it’s a relationship that is also abused.

There is “sense of entitlement,” Hendershot says, readily revealed in the comments by the right-wing critics of her piece. Criticism that relies on familiar, “thought-terminating clichés.”

Art, and free expression, is something that should be put out there for you to make your own judgment. Hendershot made a statement, and perhaps there is room for argument as to her choices of women who persisted.

If you disagree, it’s wrong to try to shut down another person’s voice. That’s what we call Fascism. If it’s a democracy, your reply should be to make your own damn art.

Trump shows us his space junk