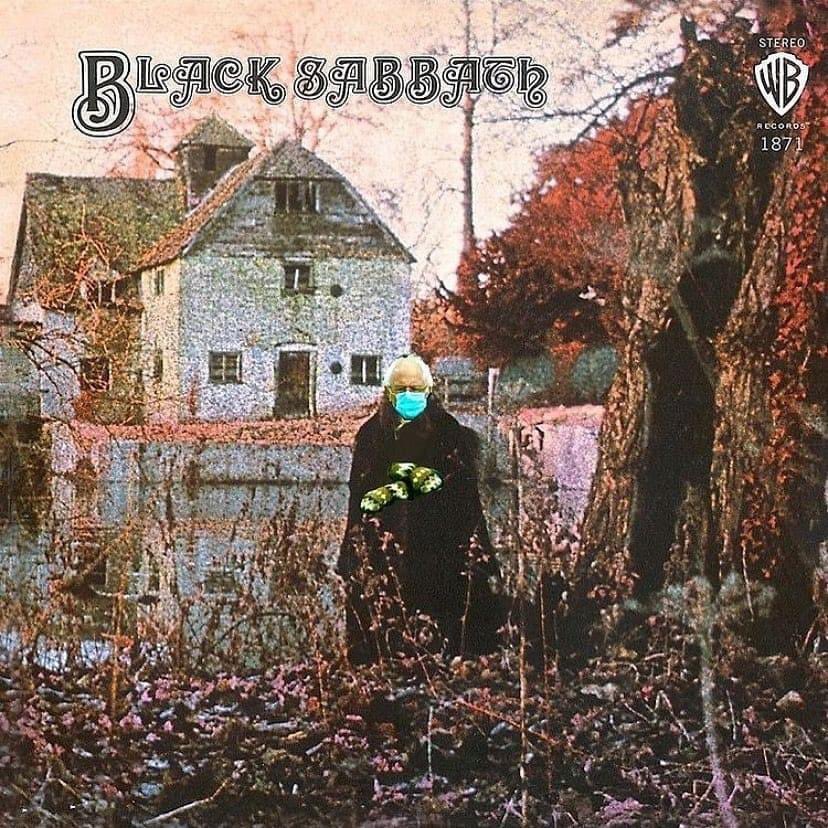 The country appears to have united behind the Bernie Sanders meme. Bernie sitting in a folding chair, in his dazzling mittens, huddled against the cold, waiting for the start of the Biden inauguration.

Perhaps the pearl-clutching narrative of an American divide is overblown. In its first few days, we’ve watched the Biden presidency take on COVID-19, send relief to Americans whose lives have been upended by the loss of jobs, sign executive orders to protect the environment and reverse climate change, open pathways to racial inequality and transgender rights. Build a humane immigration policy. And, perhaps most importantly, level with the American people about the challenges we face, both in what he says and through a press secretary who seems to not be lying.

No one should have a problem with any of that. Biden’s merely building on four years of Trump accomplishments that include…

…a virus that has killed nearly a half-million Americans, cities on fire, white nationalists among  the “very fine people on both sides,” tear-gassing those who dare assert that Black Lives Matter, conspiring to overturn election results, embracing murderous dictators, urging crowds at political rallies to beat up protestors, ignoring science, responding to a hurricane wiping out much of Puerto Rico by tossing paper towels to people who had lost their homes, referring to the porn star that he had an affair with as “horseface,” holding the country hostage through the longest government shutdown in history, hiding his tax returns, mocking the disabled, ignoring domestic terrorists bringing their automatic rifles to state capitol buildings and threatening to kidnap and perhaps kill the governor of Michigan, urging a mob to ransack the United States capitol and hang the vice president. And, at our southern border, turning back people fleeing poverty and unstable governments, and sending them back to Guatemala. And keeping their kids locked in cages.

And lying repeatedly about all of this.

And on and on and on. It will only get worse as we learn more of what the most corrupt presidential administration in American history has been up to over the last four years. Thanks for trying to lighten things up a little, Bernie. But seeing you on the cover of a Black Sabbath album sets the right tone.

As honest, responsible adults, people who care about others, and who are still the majority here, what’s the secret to dealing with an America that has become one of those “shithole countries,” as Trump once so delicately characterized African nations?

Crazy. Prove me wrong, but it’s a Republican thing. Most recently, Georgia Rep. Marjorie Taylor Greene, whose many batshit beliefs include her tweet in 2018 that it was Jewish lasers from space that ignited the worst California wildfires in memory.

Crazy. Again, prove me wrong, but it’s mostly Republicans who adhere to the QAnon conspiracy that Hillary Clinton leads a cult of baby-eating pedophiles.

No sane person can survive in such an environment. There are times when I have to come up for air. Make it a practice to tune out the news for a while. Sometimes for a day or two, sometimes an entire week. I’m just now emerging from such a period.

I’m not alone in this practice of self preservation. Here’s something I read in cnn.com:

During a crisis and isolation, many take an inventory of their lives and dare to be themselves, and engage in weird, creative, and non-conforming patterns,” said Judith Zackson, a clinical psychologist based in Greenwich, Connecticut, via email.

Some of her clients are more outspoken than they were pre-pandemic, Zackson said. They have experienced changes in personal style, weird sleeping patterns and hobbies, and even sillier humor.

Of course, she also hears from people annoyed by their partners’ stranger tendencies, which include apocalyptically hoarding food and supplies, and hobbies like collecting stones or walking their cat. 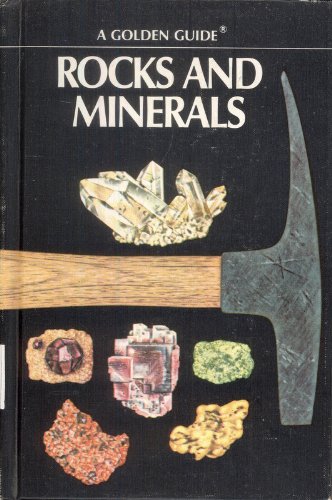 I’ve been doing that since I was a little kid, when my Uncle Joe gave me what’s called “A Golden Guide.” Profusely illustrated pocket books for kids, about things like fossils, the stars and zoology. This one was called “Rocks and Minerals” – Golden Guides get right to the point. They tell a kid how to identify a meteorite, although I never got that lucky. Most of my time was spent on pages 110 through 113. The igneous rocks. Granite. And pages 133 through 139. The metamorphic rocks. Gneiss and schist.

I still have the book. And I have never stopped picking up rocks and stones. It’s those years of walking my dogs. Following them on paths through the woods. Turning Point Park near my house is the usual place. Abbie will be trotting about 10 or 15 yards ahead of me when I spot an intriguing rock. She goes right on by it, intent on checking out something dead behind that tree. But I pick up the rock. There’s a lot of marble in Turning Point Park.

This weekend I was re-organizing some of the book shelves when I can across that old Golden Guide to rocks and minerals. And there, among those dusty books, rocks. Lots of them, tucked away behind Hemingway and Bukowski. Even a fossil of some kind of segmented marine creature that I found in the gravel parking lot at Darien Lake Performing Arts Center.

So I sorted out all of those rocks, representing years of wandering with the dogs. And rocks I purchased as well. Seems crazy, buying rocks. But that’s how I got my trilobite, about the size of a pet mouse. And a couple of red garnets that came from a vein deep in Idaho. The guy who sold them to me said they’re half as old as the planet itself.

About a dozen rusty railroad tie-dating spikes were in the book case as well. Spikes I pulled from the ties on the tracks that pass through Turning Point. The spikes have the date stamped on the head, so railway workers know how long that particular tie has been in place.

Well, I guess they would know, if those dating spikes weren’t sitting on my book shelf.

Taking inventory, Zackson said, dare to be myself. The books. I started sorting through them as well. There are a lot of them, downstairs and upstairs. I guess if I can lay any claim to being a Renaissance Man, it’s in my reading material. Throughout the coronavirus pandemic, friends have been giving me books. Like they’re afraid I’ll get bored. I have a half-dozen going at the moment. I read whichever one is closest at hand. My Friend Sue gave me the Richard Ford novel “Independence Day.” Ford’s like me, a former sportswriter, so I guess there’s always hope a guy can move on to something serious. And there’s “The Wild Trees,” gifted by My Friend Michele, A fabulous narrative on the biology of California redwoods. I’ve learned things such as, when climbing a tree, any fall of more than 60 feet is not survivable.

And how do you feel about omelets? From Robert MacFarlane’s “Underland,” which I finished a few weeks ago, I learned that in Oregon’s Malheur National Forest there is a fungus, mostly just below the surface of the planet, that is 3.7 miles in diameter. And it’s not an array of mushrooms. it’s one single organism. One. Humongous. Fungus. 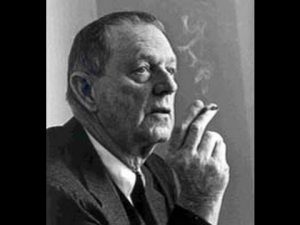 I’d be done with the job of organizing that shelf if I wasn’t uncovering miracles that I didn’t even know I had. On Saturday I found a copy of “Three By Caldwell.” Three novels by Erskine Caldwell, all in one book. I must have bought it at a used book store, because it has $4.50 written on the flyleaf. I started reading the first book in the collection, “Tobacco Road.” And couldn’t put it down. More than 100 pages in, and the only thing these Depression-beaten, broken, hopeless Georgians had gotten around to doing was fight over a bag of turnips.

So that’s one thing that’s come out of this quarantine, and my need to duck out of reality for a few days. Who knew a man could write 100 pages about a bag of turnips? But damn if Erskine Caldwell didn’t do it, and do it well.