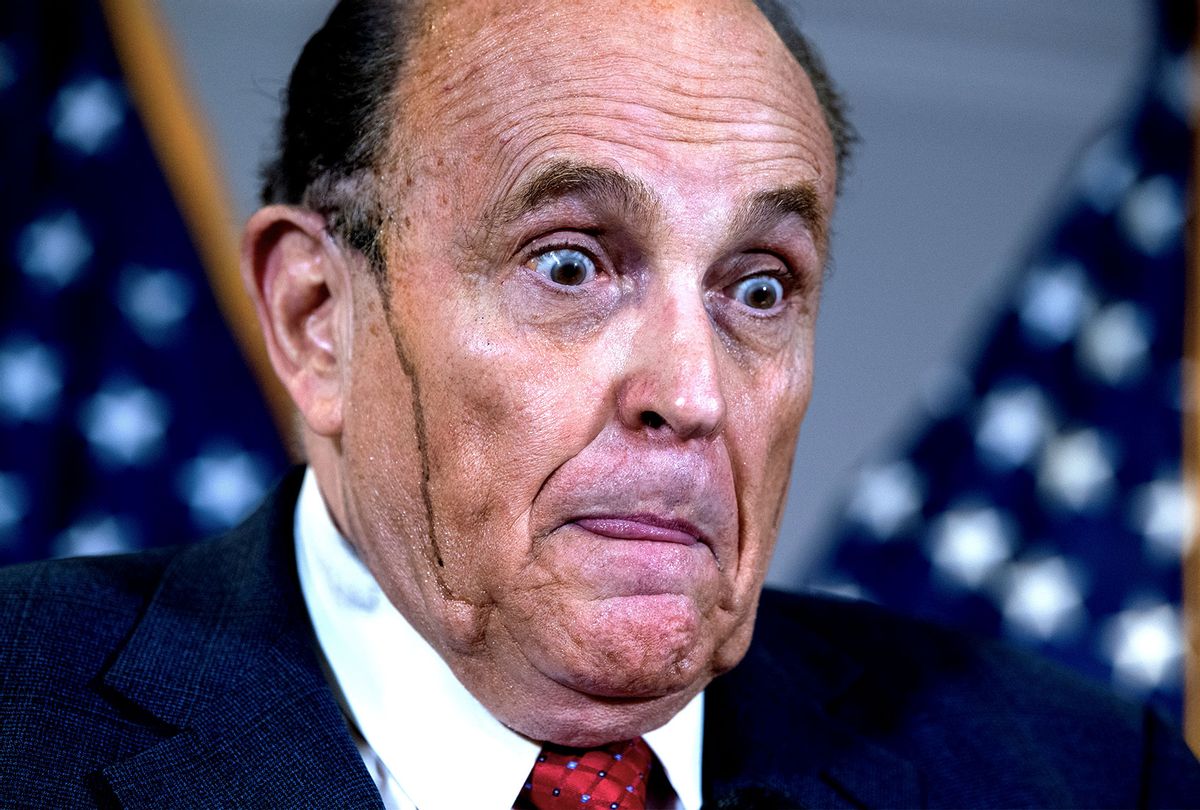 It is so sad for us that Peter Sellers has been dead for 40 years. It would be a short reach for the comedic actor to dip into his most-famous role, as the bumbling Chief Inspector Clouseau, to play Rudy Giuliani in a movie about the final days of the Trump presidency. Can’t you see it? Clouseau/Giuliani standing in front of a landscaping store, a dildo shop metaphorically next door, as he bravely proclaims Trump has won re-election. Yelling about conspiracies even as the television news crews pack up their equipment, Clouseau/Giuliani now rendered irrelevant, because at that same moment the major networks are starting to predict that Joe Biden will be our next president. 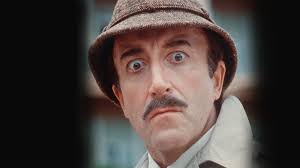 Or, can’t you see the eyes of Clouseau/Giuliani bugging out as he howls incoherently about election fraud, while tears of black sludge run down his cheeks? Clouseau/Giuliani floating improbable, evidence-free plots of voting machines manufactured in Venezuela under the watchful eye of dictator Hugo Chávez (who has been dead for seven years) switching millions of votes from Trump to Biden.

Perhaps the narrator of our Clouseau/Giuliani film will be John Fetterman, the 6-foot, 8-inch, lieutenant governor of Pennsylvania. Tattooed and goateed, with a no-nonsense speaking style perfectly suited for closing the case on the sputtering Clouseau/Giuliani charge of voting irregularities in his state: “The only irregularity we had was the president’s campaign rolling up in a clown car in downtown Philadelphia, having an impromptu press conference, and saying ridiculous things and making up lies.”

Clown car. That’s the image that has perfectly captured the final downward spiral of Trump in these last few weeks, as he bounces around like an amusement park bumper-car ride, finalizing the dishonor of: Worst President Ever.

Oh, how harmless it all seemed, five years ago, on the day the acclaimed grifter and reality TV star rode down the gold escalator in Trump Tower to make the announcement that he was running for president. And since that day, that escalator has just kept on going down, down, down, down… 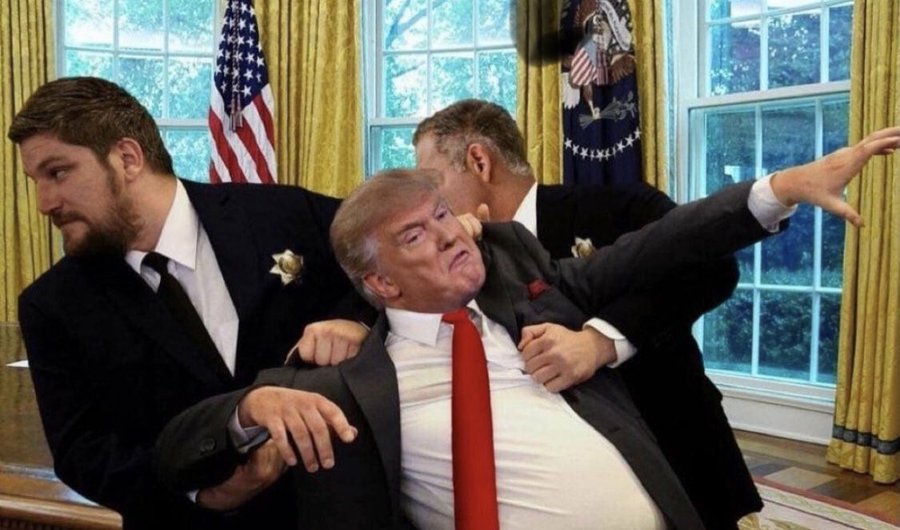 On the Sunday after it was evident that Biden had won the election, and speculation turned to how many Secret Service agents it would take to drag Trump from the White House, I did not turn on the television until late that evening. I’d had enough. Outside my window, the leaves on the trees lining the street had all turned a glorious gold. All day long, I listened to The Allman Brothers Band. “Eat a Peach.” And “Live at Fillmore East,” the greatest live album of all time. One of the Top 10 albums of all time, period.

As night fell, we Zoomed with friends, equally ecstatic over Biden’s victory. While we talked the television was on, but muted, showing us images of people dancing in the streets. Dancing! Truly moving images of celebration. People holding up hand-lettered signs reading “YOU’RE FIRED!” The gloom of Trump had been lifted, for a moment at least. There was no longer a need to respond to Trump, and his thrashing about like a mastodon trapped in a tar pit. No need to pay any mind to the snarling acid trip of Clouseau/Giuliani.

All of my friends are smart, but I feel bad that a few were taken in by Trump. It’s been a tough year if you’re inclined to make excuses for 250,000 Americans dead of COVID-19. Or record-high unemployment. Or seeing fellow Americans rallying in the streets against racism as their president orders them to be tear-gassed so as to clear the way for a photo-op of him holding a Bible upside down while standing outside of a church he doesn’t attend. Or hearing Trump snarl about how he sees cities ravaged by riots and fire – on his watch, by the way – even as he applauds the anarchy of militia guys wearing camo and waving guns in the halls of government buildings. It’s a tribute to the National Rifle Association that it can inspire 17-year-old kids with automatic rifles to shoot people in the streets of Kenosha, Wisconsin. Even as the NRA leadership, including its president Wayne LaPierre, appears to have been busy using my friends’ NRA dues to buy powerboats and take vacations to exotic islands.

There has been so much to absorb in the midst of the Trump funeral knell. As the dust and spittle settled, I read an online story that insisted the new breakout sexy-nerd star of this year’s election coverage was Steve Kornacki. The MSNBC analyst whose uniform was khaki pants and the sleeves of his white shirt rolled up to his elbows, waving his arms at a big electronic board that gave him every combination of vote totals and electoral counts imaginable. I guess we’re supposed to forget that in the weeks leading up to this election – and the 2016 election, for that matter – most of the pollsters and prognosticators had been really, really wrong.

But yes, I do find smart people to be sexy. Carl Sagan. Frida Kahlo. Dr. Anthony Fauci. Maria Popova, who writes one of my favorite web sites, Brainpickings. So I turned off Kornacki and read a Popova post entitled “250-year-old Natural History Illustrations of Some of Earth’s Strangest, Sweetest, and Most Otherworldly Creatures.” It opened with this observation:

If the legendary nanogenarian cellist Pablo Casals was right, as I trust he was, that working with love prolongs your life, and if Walt Whitman was right, as I know he was, that an intimacy with the natural world is the key to robust mental and physical health, then the English naturalist and pioneering ornithologist George Edwards (April 3, 1694–July 23, 1773) owed his longevity, which eclipsed the life expectancy of his time and place by decades, to the extraordinary creative vitality with which he reverenced nature in his work.

That’s one hell of a sentence. Popova’s point through her long essay – copiously illustrated with color prints of Edwards’ decades-long career of creating watercolor studies of monkeys, birds and anteaters – is that a long and rewarding life is to be had from comingling with nature.

I trust she is right. Spending too much time in the company of ugly creatures such as Trump, Giuliani, Mitch McConnell, and Lindsay Graham, will take years off your life.