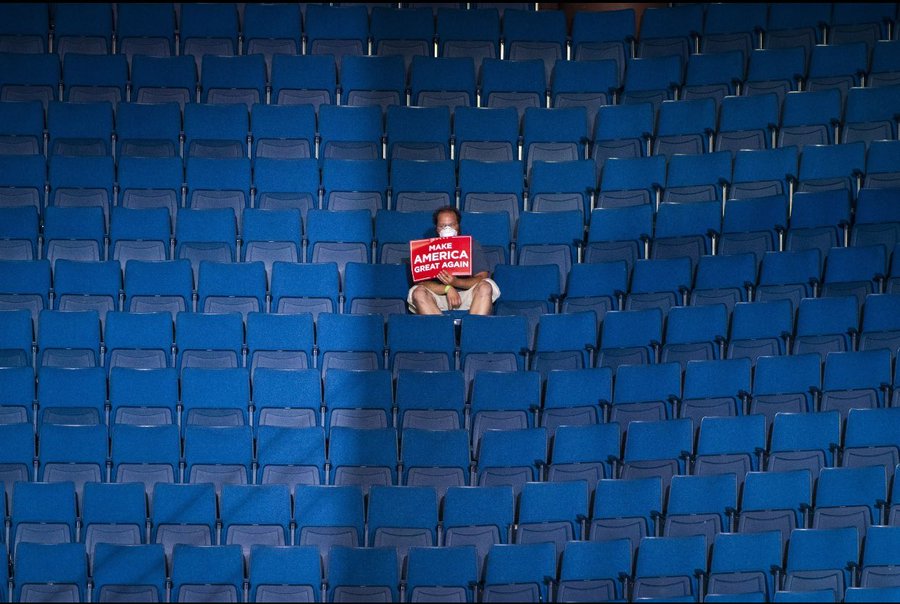 The song is a beautiful piece of 1960s pop. Melancholy, yet upbeat. Confronting an issue – loneliness – and offering hope:

And you may find somebody kind to help and understand you 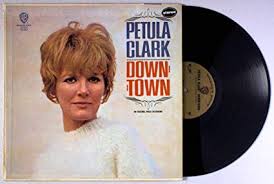 There is quite a distance between a cry for help and the statement made on Christmas Day by a strange loner who rigged his RV with explosives, drove to downtown Nashville and staged his own death to the soundtrack of Petula Clark singing “Downtown.” The fact that no one was killed does not ameliorate the darkness of the act. He knew better. The people around him who knew he was building bombs knew better.

So for now, we associate a violent act with a song that urges people to seek comfort among strangers. “Just listen to the music of the traffic in the city, linger on the sidewalk where the neon signs are pretty.”

The arts is sometimes a strange bedfellow to inhumanity. Paul McCartney didn’t have mass murder in mind when he wrote “Helter Skelter,” with Charles Manson’s followers using the blood of one of their victims to paint the song title on a refrigerator door during their weekend murder spree in 1969. Misspelled as “Healter,” they weren’t scholars. 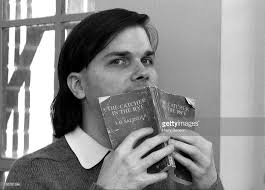 Mark Chapman and his favorite book, “The Catcher in the Rye.”

The man who murdered John Lennon had an obsession with the novel “The Catcher in the Rye.” Adolph Hitler’s deep admiration for the music of Richard Wagner is well known. Yet the works of McCartney, J.D. Salinger and Wagner have survived those associations. “Downtown” will live on as well.

Of course, these stories are never as simple as all that. Wagner couldn’t control his fan base after his death in 1883. But his raging anti-Semitism (today excused as the rantings typical of a 207-year-old man) remains his responsibility.

Everything created by musicians, painters, dancers, writers and architects is a reflection of the artist. Maybe not in image, but in message. Their art outlives the worst of the self portraits that it reflects. As much as I detest Michael Jackson now, I’m sure his music will survive with future listeners not giving much thought to his alleged pedophilia.

Although, in my mind, they should.

I don’t expect even-handedness in a fractured world. The girlfriend of the Nashville RV bomber reportedly told the police a year ago that he was making bombs. They shrugged and moved on. If that bomb maker had been a Black man, rather than white, it seems likely the cops would have been kicking in the door of his RV, shooting first and worrying about what we think a little too late.

This past year was a product of the bi-polar planet on which we live. One side of it works just fine. There are times when I feel like a hyena creeping out of the desert, to the edge of a campfire, where I watch all of these amazing humans doing incredible things. And I just feel damn lucky to be close to it. Squirreled away in my home through the pandemic, I’ve read some great books. This was unplanned, but more than a few have had something to do with trees. My Friend Michele gave me Richard Preston’s “The Wild Trees,” the story of California redwoods; I learned that falling from a tree any more than 60 feet means you’re dead. Trees are to be found in nature writer Robert MacFarlane’s “Underland: A Deep Time Journey,” but its real soul is uncovered in the world beneath the roots; there is a cavern in China that is so large, it has its own weather system. And now I’m deep into Richard Powers’ Pulitzer Prize winning novel “The Overstory,” in which trees are as much characters as humans. While it’s fiction, much of it is based on fact; as blight was wiping out chestnut trees across the country, an attempt was made to halt the spread of the disease by clearing trees from a 400-mile zone across Pennsylvania. The maneuver failed; the workers’ axes and saws helped carry the plague across the state.

I read that and thought about COVID-19. 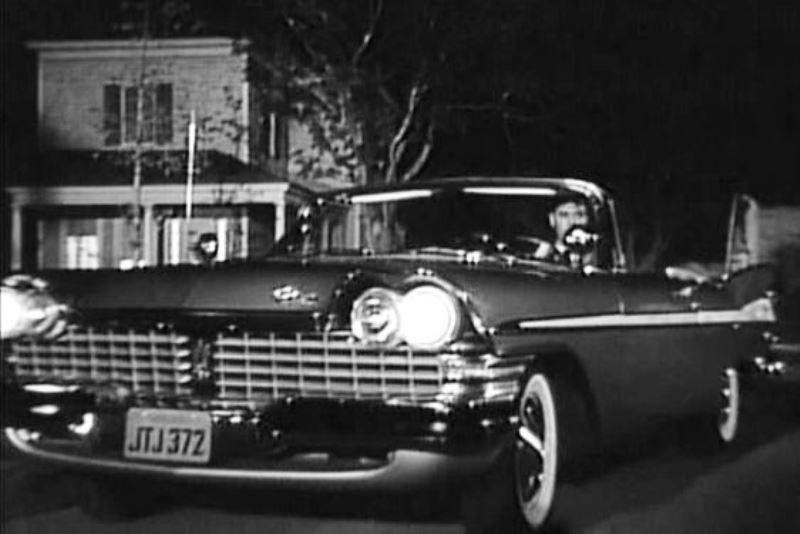 Peter Gunn navigates his 1959 Plymouth Fury through another scene.

Television? It hasn’t been of much help. Amazon Prime created special “Holiday” categories of dozens and dozens of films to choose from. It’s astonishing how many really unwatchable Christmas movies have been given the green light over the last 15 years. All attempting to reveal to us The True Meaning of Christmas. Which is basically: Don’t Be An Asshole. None of these films meet the standard set by “A Christmas Story.” In that true classic, The Meaning of Christmas is simply: If the neighbor’s vagabond hounds seize your Christmas Day turkey from the table and viciously dismember it, there is a Chinese restaurant open somewhere.

In this time of quarantine, I have enjoyed an amusing dalliance with “Peter Gunn,” a private-eye series from the late 1950s and early ’60s starring an actor I’d never heard of. But Craig Stevens seems to have set the stage for Sean Connery’s James Bond. “Peter Gunn” is fedoras, jazz and blonde cocktail crooners, casual smoking, cars with big fins, fisticuffs and serious gunplay in warehouses stacked with labyrinthine arrangements of crates, good for chaotic chase scenes. All of this in less than a half hour for each episode. With an immediately recognizable theme by Henry Mancini.

Music, as always. As I’m typing this, I’m listening to Scott Regan’s “Open Tunings” show on WRUR-FM (88.5). His final song of the year is Nina Simone’s version of Sandy Denny’s “Who Knows Where the Time Goes.” It’s elegant, drenched in melancholy and a wistful sense of something lost.

A year in which we’ve tumbled backwards.

More than 25 million Americans have either lost their job or seen a significant drop in their income. More than 8 million Americans slid into poverty. That’s all contributing to one in four American households experiencing what those who study social structure call “food insecurity.” People are going hungry. In 21st-century America.

Perhaps they are… I’m searching for the right word here… unlucky? The Institute for Policy Studies published a report that demonstrated that many Americans are not going hungry at all. In fact, since March, when the pandemic started kicking in, the total net worth of the country’s 647 billionaires has grown by almost $960 billion.

The United States is responsible for so many advances in science, yet is populated by so many people who live in denial of clear fact. Fifty-one percent of Republicans still doubt that Barack Obama was born in Hawaii. Forty percent of Americans are creationists.

Fifty percent of Republicans believe at least some portions of the QAnon mythology that a secret ring of Satan-worshiping pedophiles runs the U.S. government, and Trump is leading a secret fight against it. A storyline so ridiculous, any self-respecting screenwriter would lock the script in the bottom drawer of his or her desk.

Fact, and demonstrable history, is no match for populist politics. On Columbus Day, we celebrate a cruel slave trader. Town squares remain populated by statues that re-write the American south, leading up to the Civil War, as some kind of antebellum island of nobility. 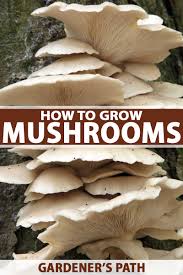 As much as I’d like it to be true, the arts and science are not generally accepted as reflective of truth. We don’t look that deep into ourselves. The internet justification for fact-free beliefs is “owning the libs.” Downtown may be where, “The lights are much brighter there, you can forget all your troubles, forget all your cares,” but the internet is not such a place. It is a room of darkness and separation, it nurtures troubles in the same way that a box of manure in the basement feeds a crop of mushrooms.

Acknowledging climate change or systemic racism goes nowhere in this environment. Seeing that 340,000 Americans are dead of COVID-19 should be a wake-up call, not something sprouting out of bullshit.

There is no evidence that the 2020 presidential election was fraudulent. None. And yet…

It all brings to mind the philosopher George Carlin: “Think of how stupid the average person is, and realize half of them are stupider than that.”