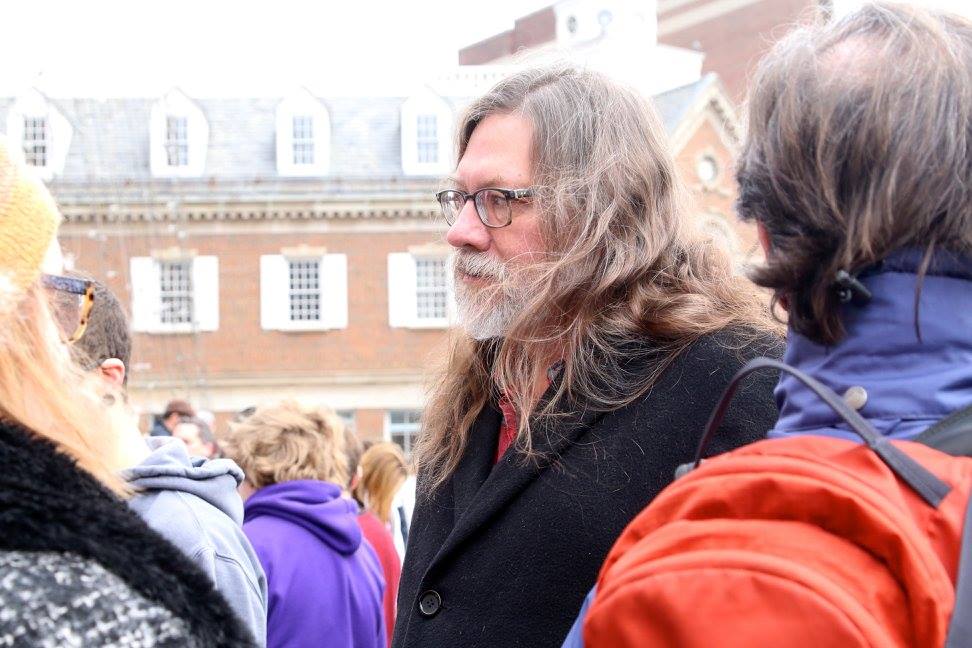 Sure, I’d shitcan The Critical Mass in a half-second if some irresponsible sentence I typed in a moment of intellectual laziness resulted in me being sued for $2.7 billion.

So it makes perfect sense that on Friday, Fox News cut the tether that bound it to “Lou Dobbs Tonight,” allowing the show’s host to drift away from the mothership of doom, and into the vacuum of empty space. The reason for Dobbs’ demise? It’s not because he’s some old man shouting conspiracy theories from his front porch, telling the libs to get off his lawn. His fall was due to someone finally called him on those lies. That someone, or something, is the voting-machine company Smartmatic.

The “stolen election” argument runs on the evidence-free notion that voting machines in swing states were manipulated in favor of President Biden (while overlooking the opportunity to rid us of Mitch McConnell as well). Smartmatic’s response to it being fingered as the villain in the vote-fixing scheme is to file a $2.7 billion defamation suit against Fox News and three of its malignant hosts – Dobbs, Maria Bartiromo and Jeanine Pirro. Also named in the suit are Trump lawyers – and coherent thinkers use that description loosely – Rudy Giuliani and Sidney Powell. Dominion Voting Systems, which also makes some of the voting technology used in this country, has similarly filed $1.3 billion defamation lawsuits against Giuliani and Powell for their baseless attacks on the company’s integrity.

During his radio show last week, Giuliani returned from a commercial break to be greeted by this surprise disclaimer:

“The views, assumptions and opinions expressed by former U.S. Attorney, former attorney to the President of the United States and New York City Mayor Rudy Giuliani, his guests and callers on the program are strictly their own, and do not necessarily represent the opinions, beliefs or policies of WABC Radio, its owner Red Apple Group and other WABC hosts or our advertisers.”

We have watched, to what should be no one’s surprise, as the Trump years collapsed into satire. Mike Lindell is the CEO and TV pitchman for MyPillow, a product that My Friend Sarah bought and described as “a disaster.” How hard can it be to make a pillow? Despite this failure, Lindell was hanging around the White House during Trump’s final days like he had some kind of cabinet position. Perhaps Secretary of Interior Decorating. And now he won’t let Trump crawl off into the weeds, where we can forget about him. This week Lindell aired a three-hour “documentary” on how the election was stolen. Except, taking note of the lawsuits filed by the voting machine manufacturers, the unrepentantly conservative One America News Network, or OAN, suddenly found God. It insisted on introducing Lindell’s non-infomercial with a disclaimer that the “views, opinions and claims expressed by Mr. Lindell… are not adopted or endorsed by OAN.”

The fine whine of a stolen election has gone sour. In the judgment of the lawyers for Fox New and OAN, Smartmatic and Dominion must have pretty strong cases.

Most reporters and editors stand for professional impartiality in reporting (Fox News, you may sit down). Yet contrary to what so many news organizations would like you to believe, reporters and editors are not blank slates. As smart, informed people, they cannot help but form opinions. It’s the mechanisms of journalism that allow fairness to prevail.

As we watched the last four years unfold, we saw those mechanisms move too slowly. Trump wasn’t challenged enough. I experienced that myself in my former job, as music critic at what was once the pre-eminent voice in the city. Musicians and artists have always played a large role in amplifying public debate. Yet, as Trump closed in on what was thought to be the improbable – a reality TV star and fake billionaire accused of sexually assaulting women – winning the Republican nomination for president, the warnings of these musicians and artists were repeatedly edited from my interviews. Their voices silenced. Often without me being told. In a June 2017 interview with Joss Stone, who I found to be a delightful person, the English pop singer described our new president as “Hitler-ite.” Months later, while going back to the story for a year-end retrospective, I saw that the provocative quote had been cut. Again, without consulting me.

The weekend after Trump took office, I went to the Washington Square Park protest against Trump’s executive order temporarily suspending entry of refugees into the United States and barring citizens of predominantly Muslim countries from visiting. I saw women in pink pussy hats singing and strange men dressed in black, who I later learned called themselves Antifa, trying to start trouble. I didn’t sing, carry a protest sign or throw any punches. I just watched and talked to people I knew. The following Monday, after sharing with a few fellow reporters what I had seen, I was informed by an editor that I could no longer attend any civil protests.

Which means, I guess, if I wanted to know what my fellow citizens were thinking and saying and doing, I’d have to report on it from a second-floor office window.

I got laid off later that year. Freeing me to be a part of all the civil disobedience I wanted.

Now we’re gingerly emerging from a racist and misogynistic presidency that has seen environmental protections abandoned, cities set afire, the Capitol building trampled by a mob and a policeman beaten to death, and nearly a half-million Americans dead from a virus that we were assured would “just disappear.” Our world will never be the same.

It’s not impartial reporting when reporters or editors shape a story to avoid pissing off people who might… oh, ransack the U.S. Capitol building. The responsibility for lighting that fire lies elsewhere.

Silence is compliance. And it is especially dangerous when the other side speaks with a bullhorn.

Fox News, and right-wing media outlets such as One America News Network and Newsmax, aren’t about the truth. They’re about money. Truth is a proper defense when a media outlet is accused of libel or defamation. Fox News is quite aware that it can’t present the truth as a defense for the falsehoods that it throws at its unquestioning audience. At that point, it’s the money that talks.

The limits of free speech aren’t hard. The classic example is you don’t yell “FIRE!” in a crowded movie theater. If you’re Giuliani, speaking to thousands of easily-led, agitated people, you don’t urge them to engage in “trial by combat.” And, if you’re the president, you don’t tell those same people, “You will never take back our country with weakness.” And lie about accompanying them on a march to the Capitol building, choosing instead to go back to the White House and watch TV to see what he created.

And people were injured, and died.

The suits filed by Smartmatic and Dominion aren’t about the chilling effect that the threat of lawsuits would have on reporting the news. This is about solid journalism, and the truth. Which will stand up to scrutiny. If Hillary Clinton had hired some smart lawyers, she would own Fox News.