The Tragedy Slut reveals himself 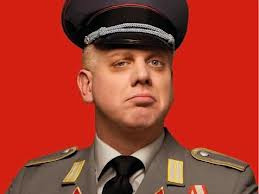 I turned down a chance to interview Glenn Beck. Twice, in fact.

Late in 2005, Beck was barnstorming the country with a multimedia Christmas extravaganza of holiday music, videos of flags snapping to attention in the breeze and his maudlin ramblings about American values. Beck’s publicist called me and asked if I wanted an interview with the conservative Fox News host, talk-radio flamethrower and best-selling author before his appearance here. This was after Cindy Sheehan, whose son had been killed in Iraq, had spent the summer following President Bush around the country and appearing at anti-war rallies, demanding the president explain his actions.

I told Beck’s publicist that I didn’t want anything to do with a guy who’d called Sheehan a “tragedy slut.” I didn’t want to talk to a guy who said of the women collectively known as the 9/11 widows, women who’d lost husbands in the Sept. 11, 2001 terrorist attacks, “when I see a 9/11 victim family on television, or whatever, I’m just like, ‘Oh shut up!’ I’m so sick of them because they’re always complaining. And we did our best for them.”

Am I a hypocrite because, while Beck was critical of Cindy Sheehan speaking her mind, I wasn’t allowing him to share his thoughts with the readers of the newspaper that I work for?

No, not at all. It’s just that I believe people who are the shapers of public opinion, be it politicians or the media, should treat the truth with reverence. And in recent years, the truth has taken quite a beating.

President Obama has finally laid some truth on us when he admitted that, yes, the United States had tortured prisoners after the Sept. 11, 2001 terrorist attacks. This wasn’t news – most of us knew we’d lost our moral compass in the 9/11 rubble – but we’d been trying to fool ourselves for years, using phrases like “enhanced interrogation techniques” when, in truth, it was torture. And the CIA has admitted now what many people had already figured out on their own, that it lied when it said it wasn’t spying on American citizens and members of Congress. Yes, it did all of that. If you believe the CIA this time.

Such willful ignorance is accepted as the norm, and you know the big lies. Obama’s a Kenyan, a Muslim, he wants to take your guns, he’s committed impeachable offenses. Voter fraud is rampant. Rich people create jobs. Immigrants are a threat to America and a drain on the economy. The Affordable Care Act will include Death Panels. Climate change isn’t real. The only way to stop a Bad Guy with a gun is a Good Guy with a gun. These, and hundreds of other errant ideas, lingered on long after the facts disproving them were available. And in many cases these notions continue to breed in the darkness, because our leaders refuse to yield to inconvenient truths. And often because the media is stuck on the notion of false equivalencies as legitimate argument. Be smart: The debate on climate change is over. Whenever you read the phrase “Some people say…” in a news story or editorial on climate change, immediately turn the page. “Some people say” is just a lazy editorial writer’s way of re-introducing a roundly defeated argument to the reader. Because very often “some people” is a guy like Ken Ham. The last time we should have seen Ham, the president of Answers in Genesis, was after pop-science demigod Bill Nye the Science Guy had thoroughly kicked his ass in their Science vs. Creationism debate. But Ham keeps re-appearing in the public spotlight, saying dumb stuff. Some people never learn.

Points of debate should earn their way into the public discourse. Ideologies should stand on the truth. We give a loudmouth a microphone, and he whips a crowd of knuckledraggers into a frenzy by calling the president of the United States a socialist. Those people can’t possibly know what socialism is, unless they hate their city’s fire department.

And this: “I’m thinking about killing Michael Moore, and I’m wondering if I could kill him myself, or if I would need to hire somebody to do it.… No, I think I could. I think he could be looking me in the eye, you know, and I could just be choking the life out. Is this wrong?”  – Glenn Beck, May 17, 2005.

And this, on people whose homes were being destroyed in a California wildfire: ”I think there is a handful of people who hate America. Unfortunately for them, a lot of them are losing their homes in a forest fire today.” – Glenn Beck, Oct. 22, 2007.

And this, on the people who lost their homes to Hurricane Katrina: The only ones we’re seeing on television are the scumbags.” – Glenn Beck, Sept. 9, 2005.

And my opinion on the responsibility we have to the truth is bolstered by an unexpected source. Glenn Beck. He seems to have been on an apology tour this week. “When you live your life five hours a day on live television and radio you’re going to say stupid things,” Beck said last Sunday. He conceded that one of those stupid things was his declaration that President Obama is a racist. That unsubstantiated claim was more fuel for the uniformed.  Indeed Beck admitted that, in this highly partisan, angry America, he may have “unintentionally… added to the situation we’re in right now.”

Later in the week, just to make sure we weren’t hearing things, he re-iterated the point: “I think I played a role, unfortunately, in helping tear the country apart,” he admitted. And on his radio show, he dropped this bomb on the war  mongers: “From the beginning, most people on the left were against going into Iraq. I wasn’t…. Liberals, you were right. We shouldn’t have.”

Welcome aboard, Beck, even if it’s just a momentary sanity. Unfortunately, it is too little, too late. Your ill-advised words fueled misery, and even death. I have no room in my heart for your apology. You are the true tragedy slut.

Pointing a gun at every problem