In Life During Wartime, Music, Politics

I keep looking for, thinking about, what good might come out of this world-wide disaster. It will be difficult to find our way through this. Through the fog. Reality obscured by the daily White House coronavirus press briefings.

This one, from last week, is easier to understand if you imagine it as a Monty Python skit. With John Cleese, who excels at portraying buffoonish authority figures displaying a comical lack of self-awareness, as President Trump. And Eric Idle, master of the befuddled expression, as the Reporter.

Reporter: “You voted by mail in Florida’s election last month, didn’t you?”

Reporter: “How do you reconcile with that?”

Trump: “Because I’m allowed to.”

I’ve stopped watching Trump’s version of FDR’s Fireside Chats. Trump’s more of an arsonist. I leave farce to the professionals.

I’m also leaving advice on how to protect myself from coronavirus to medical professionals. I leave my understanding of climate change to scientists. I leave economic theories to reputable economists, not a guy whose career has been a string of failed businesses, bankruptcies and bailouts from daddy.

The pursuit of facts, not conspiracy theories. Until recently, as the body count grew too high to deny, Trump was suggesting that coronavirus was simply a Democratic Party attempt to bring down his presidency. As if people in Italy and Spain would willingly sacrifice their lives to influence the outcome of November’s U.S. presidential election.

Trump has lowered the bar on every aspect of life in the United States.

And the standard of truth has suffered the most. Why do so many millions of Americans buy into this? It’s like that old horror film, Children of the Damned. Are they a futuristic race… or a threat to our planet? 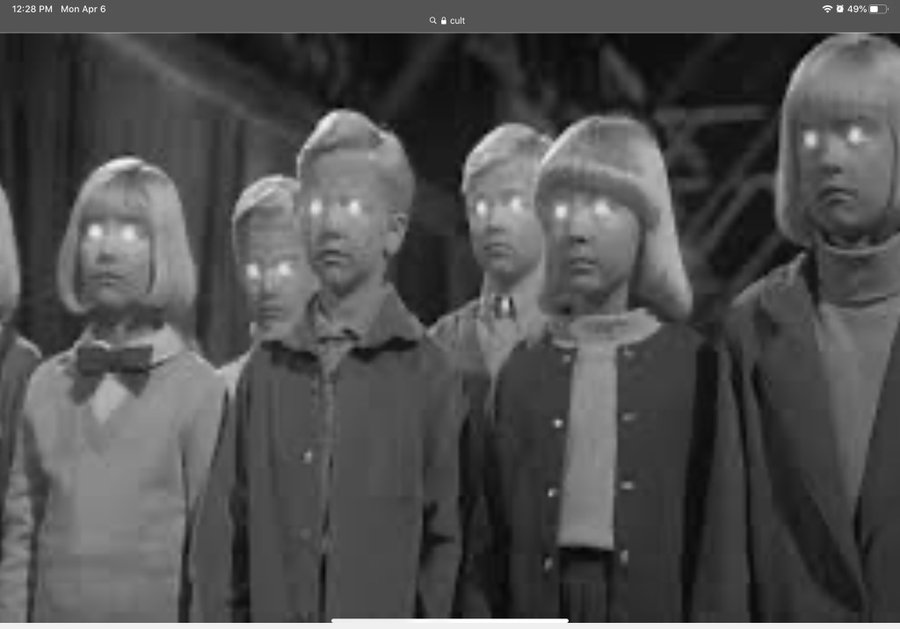 What good can possibly come of this pandemic? There’s nothing to be found in the death of hundreds of thousands of people.

If anything can be rescued from this rubble, perhaps it is… time.

I’m working from home. I’m not going out to see shows, or movies, or new exhibits at the museums. I’m not hanging around with friends. I’m looking out the front window, watching my neighbors walk their dogs. What’s on TV? Tiger King, no thanks, I’m not into the spectacle of white-trash drama.

I venture onto social media, and see how you’re amusing yourselves. Posting your high-school portraits. Compiling your “Choose Your Quarantine House” list. That one’s on both Facebook and Twitter. Name five celebrities – writers, TV stars, musicians – who you’d like to be quarantined with. Here’s one of the early houses: Justin Bieber, Will Ferrell, Kylie Jenner, Dr. Phil and Mindy Kaling.

If I was in that house, I’d sleep in the garage. But it gets me to thinking. My Writers Quarantine House?

I’m reading obituaries in The New York Times. Bruce Baillie. Cause of death… well, he was 88. A photographer. I’d heard the name, but wasn’t familiar with his work. Now, in death, I know him. And I’m fascinated by the guy. A pioneer in avant-garde film. A hippie, counter-culture favorite. His lens was set on Zen. Short films, sometimes with superimposed imagery. One of the most remarkable is a 2½-minute film from 1966, “All My Life.” The camera slowly pans a long fence, overgrown by weeds and wild roses, as Ella Fitzgerald elegantly sings the song of the same name. Many people might find it stupid. I’m amazed at its simplicity, and beauty. If that fence were in my back yard, I’d be staring at it all evening, as the sun set, glass of wine in hand.

The Times tells me that musicians, actors and artists are dying of coronavirus. John Prine, it got him at age 73. That one seemed to hit a lot of my friends hard. People are posting lines from Prine songs on Facebook. “Lake Marie” is my favorite Prine song, and I posted a couple of lines from it.

Because we love music. And because Prine told the truth